Kratom is a relatively new product on the market in the United States. It has a very long history in Southeast Asia but recently has gained quite the following amongst people who are looking for help managing their pain, anxiety and stress.  People looking to get off medication or are trying to wean themselves off opioids are using Kratom as an alternative to help with withdrawal or certain symptoms. There are different reports about the effectiveness of Kratom and the some states have even outright banned it. Other states are looking to heavily regulate it. So what is the deal with Kratom?

Just because Kratom has become more popular, that doesn’t mean that everyone is on board with it. The FDA has warned consumers to not use Kratom but reviews from users paint a different picture. Kratom companies like Club13.com Herbals has seen a lot of positive feedback from customers regarding the efficacy of their products. There are two very contrasting views of the product and without there being any concrete studies, it is difficult to determine whether Kratom is right for a person looking to managed their pain or stress.

It comes as no surprise that people are desperate to kick their addiction or get help with their pain or anxiety. Since the bombshell reports and statistics have come to light that show the true devastation of the opioid crisis, people are struggling to find ways to help themselves management pain and addiction. In 2017 about 68% of all overdoses involved the usage of an opioid. It has become a crisis of epic proportions and people are looking for any means that might help them to get healthy.

Kratom has been used for centuries in Southeast Asia to deal with fatigue, pain, nausea and other illnesses. Many working class individuals in countries like Indonesia, Malaysia and Thailand uses it on a daily basis to help alleviate a variety of symptoms.  It has been reported that Kratom produces stimulant-like effects and some people equate it to drinking coffee. It is mostly used by those who participate in very tiring physical labor.

Mitragyna Speciosa, or as it is commonly known as Kratom, is a tropical tree that in the coffee family. The tree can grow upwards of 82 feet and about 3 feet in diameter. The leaves are dark green and glossy. The use of this plant has been recorded as far back as 1836 when it was reported to have been used as an opium substitute. In Thailand, it is used as an intestinal deworming agent and has been known to be used in religious and worship ceremonies.

Modern usage and consumption is similar to what it was centuries ago but there are a few differences.  When looking at Kratom vendors like Club13 Herbals, the most popular way to consume the plant is either in capsule form or powder form. Club13 does not give any information about the best way to consume it or what the dosage should be but the capsules have the dosage already premeasured to achieve the desired effects of the product. The biggest difference between the two products is that the capsules are swallowed as is and the powder can be added to a variety of foods to be consumed. The most popular way to consume the Kratom powder is to add the powder to tea and drink it. Some people add the powder to a milkshake or other beverages and drink it. 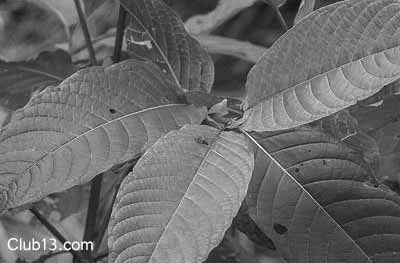 Although there are many outspoken critics of Kratom, there are also people that swear by the effectiveness in helping them deal with pain, stress, anxiety, and withdrawal. Reviews across the internet show how impactful some people believe Kratom is on pain and anxiety management. On the popular review website, TrustPilot, Club13 is rated 4 stars out of 5 and people love how well it works. One reviewer said, “I have tried a lot of Kratom products from different places online and at the stores and thought Club13 was on par with prices, shipping times and good product.”

Marc T. Swogger, Phd and associate professor for the department of psychiatry at the University of Rochester Medical Center co-authored an article titled “Drug and Alcohol Dependence” wrote about Kratom’s benefits and risks. In an interview, he acknowledged that he believes that there are some positive aspects to Kratom but that research has only just begun on effects it has on the human body. He said, “As a social scientist I can merely summarize the existing data. I see no good evidence that Kratom is ‘deadly’ and the overall data suggest that Kratom is a relatively mild plant that is helping people … and is an important tool for fighting the opioid problem”.

There are a lot of reasons why people use Kratom and there are convincing arguments both for the use of it and against the use of it. But it is important to remember that those who actually use the product love it. Thousands of people have found relief in Kratom. Despite the warnings, people across the nation are still buying Kratom and consuming it.

There was a documentary named “A Leaf of Faith” that came out in 2018 that explored the usage of Kratom as an alternative to painkillers. Chris Bell interviews people on both sides of the argument to get their views and opinions on Kratom. Bell is an advocate for the proper use of Kratom but he does do an excellent job of interviewing both sides and a variety of experts like physicians, pharmacists, marketers, patients, the FDA and DEA. It is a balanced documentary that explores all sides but the message is that people who want to use Kratom, should be allowed to use Kratom.

There is still a lot of research that needs to be done on using Kratom to manage pain, anxiety and stress. There is no definitive answer on whether it should or shouldn’t be used but there is an overwhelming amount of support for Kratom from those who are actually using it. Before using Kratom, one should do research and speak with their medical provider.